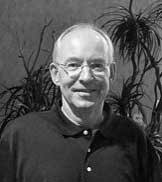 A retired Lieutenant Colonel in the U.S. Army, Robert hails from a family who proudly served our country. He followed in the footsteps of his maternal grandfather, a WWI veteran, his father who served in the Army Air Corps during WWII, and his uncle, who was wounded on the Anzio Beachhead.

Commissioned in armor after graduating from Infantry OCS in 1969, Myers served as a company commander in the 2nd and 3rd Infantry Divisions, and as a brigade operations office in the 1st Infantry Division. Additionally, Bob was an Inspector General Investigator and chief of the IG Inspection Team at Ft. Riley, Kansas. Later in his military career, Myers managed a multi-million project for the Pentagon. A former program manager of many NASA, NOAA, and National Science Foundation grants to improve K-12 education; he secured $20 million in grants during his tenure at the NASA Classroom of the Future and the Institute for Global Environmental Strategies

In his free time, Myers likes to dig into a good book, work out, or travel. He has been a member of Toastmasters International for many years and enjoys participating in speech competitions. Two of his favorite pastimes are mentoring new aspiring public speakers and going on trips with his granddaughter.

Myers holds an MBA and a Ph.D. in Curriculum and Instruction 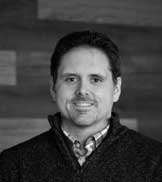 Brian began his IT career as a Project Manager where he lead the rollout of a federally funded electronic medical record (EMR) implementation initiative throughout the state of West Virginia. He has also worked as an EMR Implementation Consultant throughout multiple major hospitals and integrated delivery networks across the country.

Brian’s most recent experience has been in the pharmacy space, where he has been responsible for building multiple program offerings for hospitals and pharmacies that participate in the 340b federal drug program.

Brian’s personal and professional mission is to leverage technology to help make every American’s life a little bit easier.

Launching GettaVet is a significant milestone of following through on that mission.

Created By Veterans For Veterans

GettaVet is a community for veterans, active duty, those who have retired, or been honorably discharged along with their spouses to earn extra money.

GettaVet provides a portal for active duty, retired and honorably discharged veterans (and military spouses) to find short-term work. American home owners and businesses can support those who supported us.

Born for the sole purpose of putting veterans first, we can help supplement your income through our platform designed to connect you with homeowners and businesses for short-term freelance projects within the public sector.

If you’re a homeowner or business, whether your project is a bathroom remodel, painting, landscape or your computer needs fixing, the GettaVet community is here to help. Our screening process includes military service confirmation, background check, and licensing check. We also monitor our service provider reviews. If a provider has received too many negative reviews, we will remove them from our community. All our service providers are prescreened to ensure you receive only the best to complete your project. 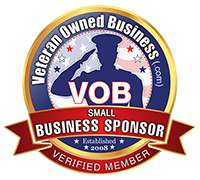 Created By Veterans For Veterans

GettaVet is a community for veterans, active duty, those who have retired, or been honorably discharged along with their spouses to earn extra money.